The TAPS Senator Ted Stevens Leadership Award is presented annually to a surviving family member who lost a loved one serving in the Armed Forces. The award recognizes an individual who has taken their experience and demonstrated outstanding leadership on behalf of other military survivors. 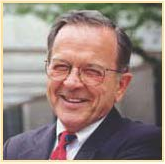 Stevens left a legacy of caring for the families of the fallen military and was instrumental in founding TAPS. Following an Army National Guard plane crash in 1992, Stevens delivered the eulogy for his friend, Brigadier General Tom Carroll. Two years later, Senator Stevens recognized the gap in services for military survivors, and guided Bonnie Carroll as she founded TAPS in Alaska to be the national nonprofit organization offering comfort and care for all those grieving the death of a military member.

Bonnie recalls that Ted Stevens was a dear friend to TAPS and a champion for the families of our fallen military. At a hearing on funding for military operations in 1996, Senator Stevens instructed the Secretary of Defense and the Chairman of the Joint Chiefs of Staff to direct the families of military casualties to TAPS, and from that time forward, TAPS and the casualty chiefs have had a very close relationship.

The late senator understood the meaning of service to country as well as the toll traumatic and sudden loss can have on a family. He served as an Army aviator in World War II and was a recipient of the Distinguished Flying Cross. In 1978, Stevens survived a plane crash that took the life of his first wife, Ann Cherrington and four others.

"He is a dear friend and is deeply missed," said Carroll. "He was always proud of TAPS being an Alaskan nonprofit organization with its headquarters in Washington, D.C." Stevens was the first Honorary Chairman for TAPS and this award is recognition for his continued and sustained leadership to the organization.

2011
Lisa Dolan
widow of Navy Captain Bob Dolan, Jr.
died during the terrorist attack on the Pentagon
on September 11, 2001

For more information about the Honor Guard Gala or to offer your support, email gala@taps.org. 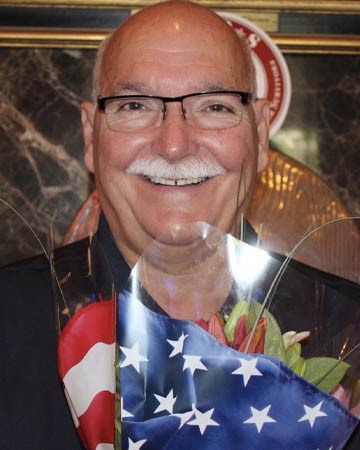 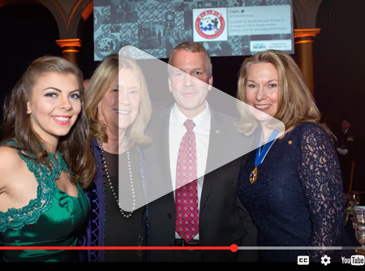