When was TAPS founded?

TAPS was founded in the wake of a military tragedy, after eight soldiers were killed in a C-12 plane crash in Alaska in November 1992. Among the grieving family members was Bonnie Carroll, the military widow of Army Brigadier General Tom Carroll. The families found comfort in offering support to each other and sharing experiences. Carroll founded TAPS in 1994, after conducting two years of research examining the resources available to support bereaved military families and benchmarking best practices at other peer-based support organizations. TAPS was designed to not replicate services offered by other organizations, the military, or the government. The heart of our organization is survivors helping survivors heal. A growing body of evidence supports this type of “companioning” as an effective strategy to assist the bereaved.

Deaths in the military occur due to a variety of factors, including combat, training accidents, homicide, suicide, sudden illness, exposures to toxins, accidents, terrorist attacks and other causes of death. For more statistics related to death in the military, see the American War and Military Operations Casualties: Lists and Statistics (Updated July 29, 2020) prepared by the Congressional Research Service. The top four leading causes of death represented by new survivors coming to TAPS in 2020 were:

How many families are impacted by military loss?

Bereavement experts tell us that for each active duty military loss, there are numerous people who are significantly impacted including mothers and fathers, husbands and wives, brothers and sisters, sons and daughters, fiancés, grandparents, cousins, family friends and other relatives. In 2021, TAPS welcomed the following relationships to the deceased:

How many lives does TAPS touch each year?

In 2020, 77% of all new military survivors connecting with TAPS were Adults and 23% were children under the age of 18. 30% of all new 2020 survivors connecting with TAPS grieve the death of a mother or father (to include step-parents), 21% grieve the death of their son or daughter (to include step-children).

*For more demographics on the population TAPS serves, please visit us at TAPS.org/mission for quarterly updates on military survivors.

In 2020, TAPS welcomed 50,320 survivors through both in-person and virtual seminars, online retreats, expeditions, family camps, Good Grief Camps, and Care Groups. TAPS held 8 National and Regional virtual and in-person seminars  Finally, born out of a desire to establish relationships between the sports and entertainment industries and surviving military families, our teams4taps and Stars4TAPS programs hosted 144 events in 2020, engaging with 2,383 survivors.

More than 16,400 suicide loss survivors received care and support from TAPS. Thirty-one percent of all new survivors connecting with TAPS in 2020 grieved the death of their military loved one who died by suicide.

TAPS lovingly maintains consistent compassionate contact with each survivor through the following communications: our quarterly TAPS Magazine filled with articles offering hope and healing; a monthly survivor e-newsletter; invitations to survivor events including retreats, seminars, camps, community gatherings, sporting events, and expeditions; messages of care and remembrance sent on loved ones' birthdays and anniversaries of death; helpful outreach during difficult holidays; reminders of resources and support available free of charge across the nation; and other inspirational communications. In addition, TAPS reaches all those who are grieving a loss in the military through social media with a current following of more than 200,000 connections on Facebook, Twitter, LinkedIn and Instagram.

What type of programs and services does TAPS offer?

TAPS offers a variety of programs and services designed to support our military surviving families wherever they are on their grief journey. Learn more about what we do on the following pages: Resources, Programs and Events.

How can I volunteer?

Volunteers play a crucial role at TAPS. Volunteers provide thousands of hours of service each year, from providing support at events in locations nationwide, to supporting special projects like TAPS Resource Kits and the mailing of anniversary cards. Find out more information on the ways to get involved.

I am an active duty service member or veteran, how can I support TAPS?

A military mentor is someone who currently serves in the military or is a veteran and can be a caring companion and a reminder to TAPS kids that the military still cares for them. As a mentor, you'll be a buddy to a brave child throughout the event as they share and connect with other surviving kids and learn how to honor their loved ones.

To learn more about becoming a partner or supporter, call 202-588-8277 or email development@taps.org.

I would like to use the TAPS name and logo. How do I obtain permission?

The TAPS name and logos are registered trademarks of the Tragedy Assistance Program for Survivors (TAPS). Use of the name or logo without written permission of TAPS is prohibited. See our Name and Logo policy for more information. Approval for use of the TAPS logos may be also be requested by emailing communications@taps.org.

How is TAPS funded and supported?

TAPS is a 501(c)(3) non-profit organization and is funded by the generosity of the American public, which provides donations to support the organization’s work. In addition, TAPS is the beneficiary of thousands of donated hours through our robust volunteer program.

If you’re interested in supporting the TAPS mission of providing hope and healing to the families of the fallen, learn more about how to get involved.

How can I donate?

We gratefully accept donations online or via regular mail. Please mail your donations to:

If I donate, how will my money be used?

88 cents of every dollar spent by TAPS supports mission programs and services.

Is my contribution deductible?

Contributions to TAPS may be tax-deductible to the fullest extent permitted by law. TAPS TAX ID# is 92-0152268.

Click the ‘Donate’ button at the top-left corner of your screen. Simply check the box below the gift amount to indicate you would like your gift to be processed each month and complete the form. Once the form is submitted, the monthly gift will be processed automatically with the credit card information you have provided.

When will my credit card first be charged?

Your first gift will be charged immediately when you create it online. Subsequent gifts will be charged each month on the same or next closest business date to your initial sustaining donation date. Monthly sustaining gift requests received by mail or phone will be processed 24 - 48 business hours after receipt.

Will I receive verification of my donations for tax purposes?

Each month, after your donation is processed, you will receive an email with your donation receipt. Please print or save these emails as your gift substantiation. If you don’t see these notifications in your email Inbox, please check your Spam or Junk folders. If still not found, email development@taps.org.

How do I stop or change my recurring donation?

You remain in control of your giving. With an email message or phone call, you can change your monthly giving amount. Please contact TAPS Development via email at development@taps.org or by calling our toll-free line 1-800 959 TAPS (1-800-959-8277). TAPS Development department is available Monday-Friday, 8:00 a.m. to 5:00 p.m., Eastern, excluding holidays.

You may cancel at anytime. A Cancellation request will be honored the same month as received, provided notification was received prior to the monthly charge.

I have a question that is not addressed in the FAQ section. Who can I contact?

Please submit any other general inquiries through the Contact TAPS submission form or call 202-588-8277. 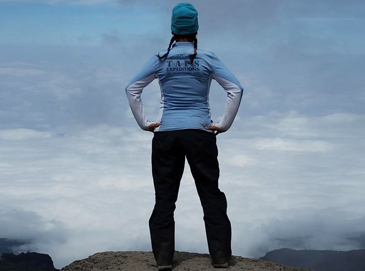 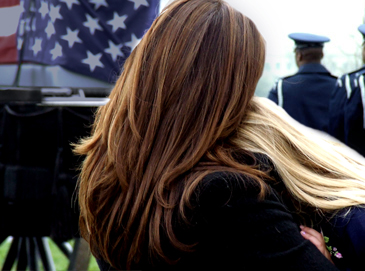