TAPS Ukraine is supporting thousands of families who've lost their loved one in this current conflict. Donate to Support Ukraine

TAPS International has been working with Ukraine since 2014 when the state department asked us to assist Ukraine in developing a program to support the families of the military deceased from conflict in the Donbas region of Ukraine that had started in 2014.

Since the start of the Russian war in Ukraine in February, TAPS International and our sister organization TAPS Ukraine have been on the ground providing direct support to Ukrainian soldiers, internally displaced people, families who’ve lost a loved one and all those suffering in the conflict.

Mission Update, December 1, 2022:  Now, the families of TAPS Ukraine and community volunteers are working tirelessly creating candles made by hand to provide light and heat and a way to heat water and cook. Ukrainian military is picking up 1,000 of these candles each day. Your donation will fund the critical supplies the team needs to continue serving the Ukrainian people and military. 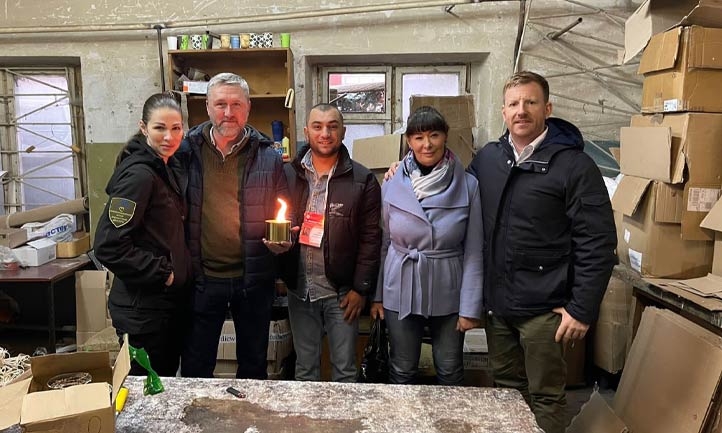 We’ve also partnered with MenkLab to collect additional donations to be sent directly to TAPS Ukraine.

As the conflict escalates in Ukraine, we continue to support TAPS Ukraine and all those who stand up for freedom and democracy in Ukraine. We're in touch daily with the leadership of TAPS Ukraine and helping to meet any needs they share. Any funds collected by TAPS International will be transmitted directly to TAPS Ukraine.

To learn more about TAPS Ukraine, visit their Facebook page or see their Ukrainian website. Read also the official statement from the Mayor of Dnipro to TAPS.