Our Stories
All proceeds will be donated to TAPS International to support Ukraine.
Listen/Stream on:

The song, sung by Natalija Sticco and music written by Michael Kamen, was produced for the 2001 mini-series the Band of Brothers.

​Born in Riga, USSR, Natalja was a small girl when peaceful protests opened the way to her country declaring its independence in 1991; contributing to the fall of the Soviet Union. This "Singing Revolution," as it’s known, became the dawn of new opportunity in a newly independent Latvia. "I didn’t understand what was happening around me, but I remember the music everywhere my mother took me." Natalja recalls, "and I remember the joy in the adults around me when we heard it. When I learned more about those days in school, I realized the power music had to truly bring hope and inspire change."

Natalija writes, "Russia's War in Ukraine has touched many of my own family and friends, inside Ukraine, along her borders, and now across Europe. As the wife of a U.S. Air Force Disabled Veteran and stepmom to a U.S. Army Officer currently on the border of Ukraine, I am doing what I can to support our 'Band of Brothers and Sisters,' Ukrainians defending their homeland for freedom everywhere!

'Requiem for a Soldier' honors generations of soldiers who sacrificed for freedom. It is a song of thanks from those like myself who was born under the USSR and now enjoys freedom in America, and a song of remembrance and gratitude to the Families of the Fallen.

Streaming this song on your favorite music service is an easy way to both reflect on all who have sacrificed their lives and all who are currently at risk. It's a small task that if we all join together to do, can make a huge difference in the lives of military families, survivors and refugees. Please take a few minutes to listen now!" 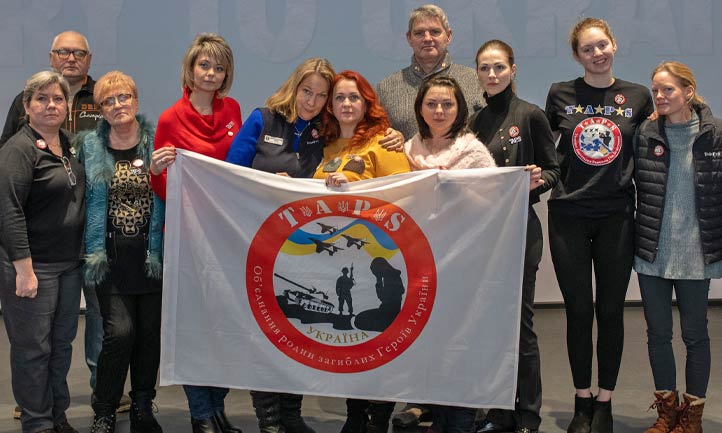