In 2019, Families’ Activity Breaks, or FAB, reached its tenth year. We provide our families with an adventurous holiday experience within a safe and nurturing environment, in order to encourage self-confidence, resilience and peer support, all whilst having fun. At the heart of FAB are the volunteers from across the Service Community including Serving Personnel, Veterans and Defence civilians. Our volunteers are at the core of the holidays - providing mentoring support, encouragement or just a sympathetic ear. They are fully trained to support bereaved families. It’s an exhausting week as they are also actively encouraged to get involved in the activities as well as taking part in the end of week show – FAB’s Got Talent! 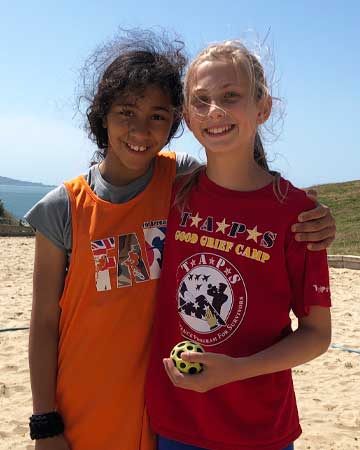 One of the aspects at FAB we wanted to explore was the very reason the families were attending the camp – the death of a loved one. We were anxious about bringing this into the camps, despite knowing it was the right thing to do.

We reached out to TAPS, the leading national nonprofit organization providing compassionate care and survivor support services for the families of America’s fallen military heroes. After meeting to establish how the ‘relationship’ would work, the scene was set. TAPS would attend our summer camp, along with an American surviving family, and support us in tackling such a delicate issue. This was the real start to our FAB-u-lous friendship.

We selected a camp which was being held in the beautiful county of Dorset with a coastal view to introduce the ‘TAPS Experience’. We provided activities such as climbing and giant swings, as well as water sports such as raft building and dragon boat racing at the Weymouth and Portland National Sailing Centre where the 2012 Olympics were held. Despite all these amazing activities, the event which received the most positive feedback was the one led by the late Diana Roloff-Wright. Diana’s fun-loving, easy going and calm warrior spirit meant she was instantly part of the FAB family. 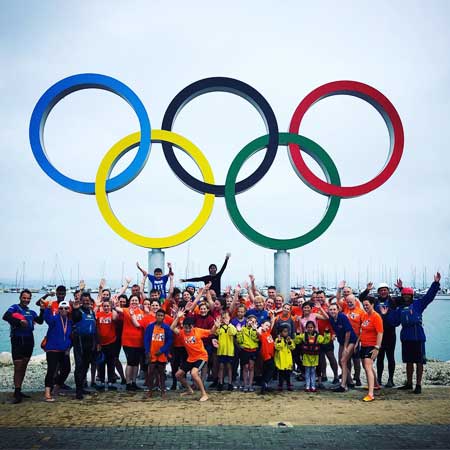 With the backdrop of the ocean, guided by Diana, we opted for a candle lit ceremony around a fire pit to hold our first ever ‘#FABRemembers’ event. It was simply stunning and a rollercoaster of emotions, mainly tears, but surprisingly interspersed with laughter. As the sun set behind us and the fire roared, all the families and volunteers gathered in a circle and were introduced to the ritual. Each person would be invited to step forward and remember their loved one, out loud or silently.

To demonstrate how important I felt this was, I went first. I remembered my friend who was one of the reasons I was even involved with FAB. I lit the candle and stepped back expecting there to be some awkward British stiff upper lip, the reality couldn’t have been further from this. With respectful pauses, each and every adult and child stepped forward and remembered. I cannot begin to put into words the emotion and ‘feeling’ of that night; even now as I reflect on it I am moved. To expose your vulnerability, your heart and the hurt you feel with people who on the face of it you’ve just met, but deep down you are connected to, is the most courageous thing I have witnessed and I was honoured to be a part of this special moment. 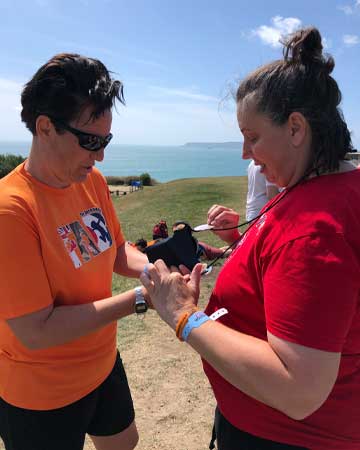 Moments like this are where true friendships are made. On completion of the ceremony, I was worried about how we ‘end’ something which has been so emotionally charged. I need not have been concerned, because at that moment up steps our new FAB American family – a Washington, D.C. based family who travelled to be part of the camp - with, “Who wants a Smore?”. In their limited luggage allowance they had packed enough biscuits, mallow and Hershey’s chocolate (including skewers!!) to feed us for the week – so we sacrificed ourselves and tucked in. What a perfect way to conclude the ceremony and our time together - laughter and chocolate!

I know it may sound cliché. but I truly believe that ceremony was where we moved from a ‘partnership’ to a cemented FAB/TAPS ‘friendship’.

In Diana I was lucky enough to form an instant connection and I know she touched everyone on that camp in such a phenomenal way, so when we learnt of the sudden passing of our friend we too shared that loss deeply. As FAB/TAPS continues to work together and we look forward to 2021, we will hold that candlelit vigil again - to remember, Diana, our deep connections with one another, and the fallen loved ones we honor and remember everyday.

Major Karen Tait serves with the Royal Army Medical Corps in the British Army. Karen has served since 2004 and is posted at Shrivenham, England. She has been involved with Families' Activities Breaks in the UK since 2010.