The gift bags given to nominees at this Sunday’s Academy Awards in Los Angeles will include a special bracelet that comes all the way from Afghanistan with a message of hope.

The TAPS for Hope bracelet will be included in the “Everyone Wins” Nominee Gift Bags honoring the year’s best and brightest film and entertainment stars. These gift bags are given to Oscar® nominees in the major acting and directing categories. They are provided independently by Distinctive Assets, which has no official relationship with the Oscars® themselves. 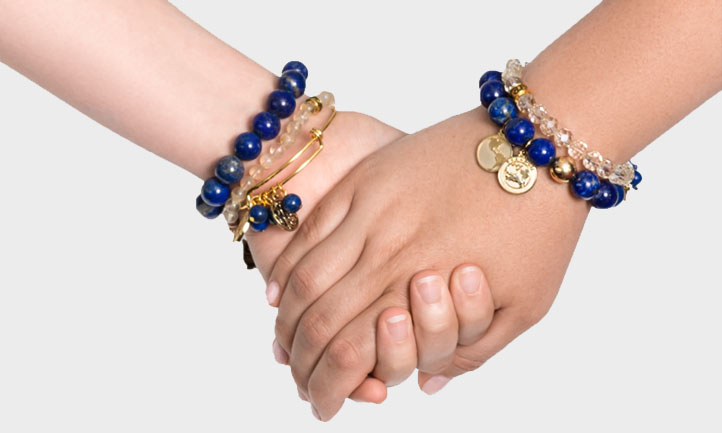 The bracelet is part of the TAPS for Hope project, which has brought families of those who have sacrificed for freedom in America and Afghanistan together to create signature jewelry using lapis lazuli. Sourced in the mountains of Afghanistan and crafted by widows in Kabul, the precious lapis and gold bracelets are sold by the families of America’s fallen heroes through TAPS to raise funds to support widows and children of war.

“The TAPS for Hope bracelets are about life and love, service and sacrifice,” said Bonnie Carroll, TAPS President and Founder and 2015 Presidential Medal of Freedom recipient. “While women in America and Afghanistan are quietly grieving the death of their loved ones from war, they are coming together through the TAPS for Hope project to build a bridge of comfort and compassion. We are delighted by the opportunity to share these bracelets in the ‘Everyone Wins’ Nominee Gift Bags and raise awareness of this important mission.”

“[TAPS for Hope] is bringing a great change in these widows’ lives,” said Bushra Farkish, the Afghan woman who oversees the TAPS for Hope project in Kabul. “Each and every one of these desperate ladies have their untold stories of war, hopelessness and poverty. I hope we can expand our program and change more lives.”