The power to connect with others who share a similar loss transcends borders and generations. My own father, a Marine, was killed in Vietnam in 1970. My older sister and I became Gold Star children just hours after I was born. But like many of the estimated 20,000 children who lost a parent during the Vietnam war, we never talked about it growing up—not even with each other. Today we understand that Vietnam veterans helped pave the way for future generations of returning service members from war. “Never again” is an ethos our country collectively understands, and that has had a ripple effect for the families of our military survivors.

In February of 1997, with the help of so many Vietnam veterans, my mother, sister and I traveled to Vietnam to stand in the place where my father died and see Vietnam as more than just a war— but as a people. My journey as a Gold Star child and a journalist led me to produce a national news series for Tribune Broadcasting back in 1997. I’ve included a few of those stories below. We met other widows, sons, and daughters and discovered the importance of community and empathy by sharing our grief together. At that time, we were not allowed to interview anyone that the Vietnamese government considered a southern sympathizer, or those who fought against the communist regime, even so, we bonded sharing pictures of our loved ones, hugging through tears, and somehow, honoring the fathers we love—together. Our story is just one of so many  around the world. Truly, connection is healing. 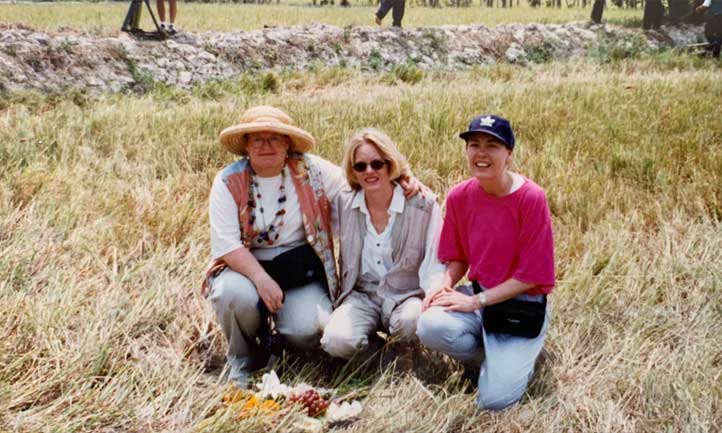 Mitty Mirrer (center) visits the crash site of her Marine father in Vietnam along with her mother Sally (left) and sister Sarah (right). 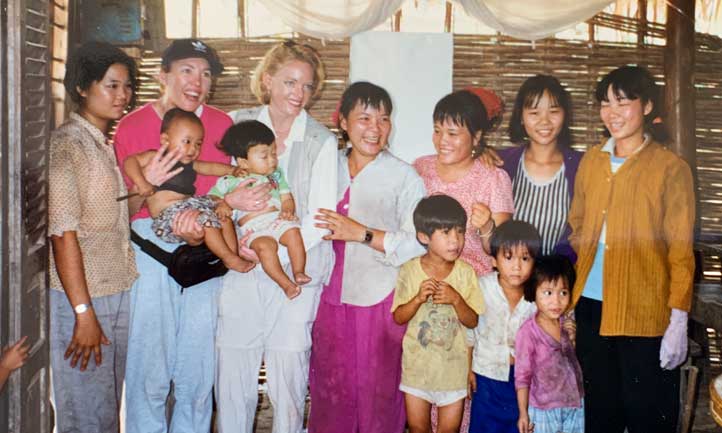 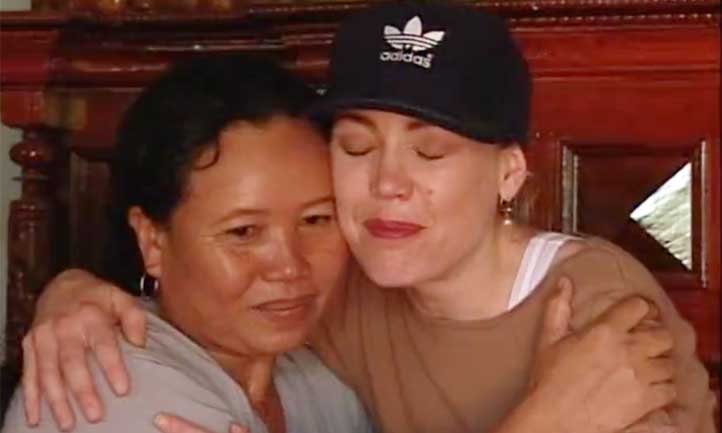 My older sister, Sarah, and a Vietnamese daughter who also lost her father to war. 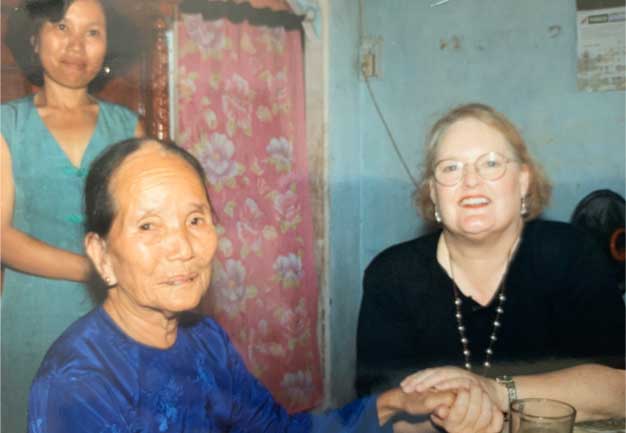 My mom, Sally, with a Vietnamese widow and her daughter in her home. 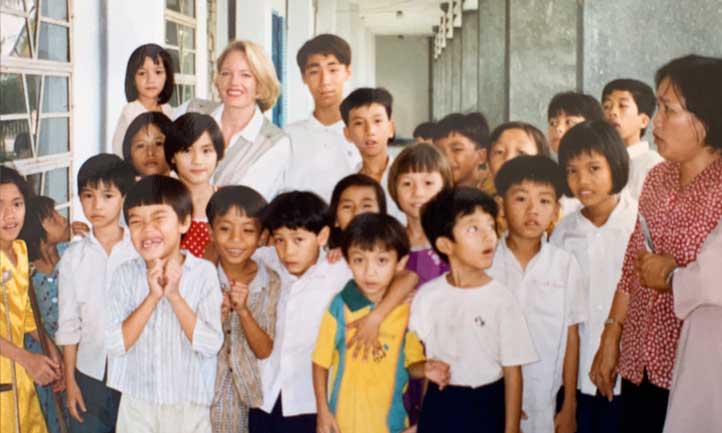 Visiting an orphanage in Vietnam.

Mitty Griffis Mirrer is a gold star child and author and director of Gold Star Children, a documentary about child survivors of war casualties.