Today we remember and honor the 2,335 military personnel killed at Pearl Harbor and other military installations on Oahu.

On Dec. 7, 1941, when the Imperial Japanese Navy launched a surprise attack in Hawaii, service members and civilians gave their lives in service to this country. In his State of the Union address before Congress, President Franklin D. Roosevelt said:

“First in the importance in the American scene has been the inspiring proof of the great qualities of our fighting men. They have demonstrated these qualities in adversity as well as in victory. As long as our flag flies over this Capitol, Americans will honor the soldiers, sailors and Marines who fought our first battles of this war against overwhelming odds the heroes, living and dead … their unconquerable spirit will live forever.”

There will be memorial services around the country to mark the 77th anniversary of the attack on Pearl Harbor. Pacific Historic Parks and the Pearl Harbor Historic Sites will broadcast live memorial ceremonies at the USS Utah and USS Oklahoma, as well as at the National Pearl Harbor Remembrance Day Commemoration ceremony at the USS Arizona. 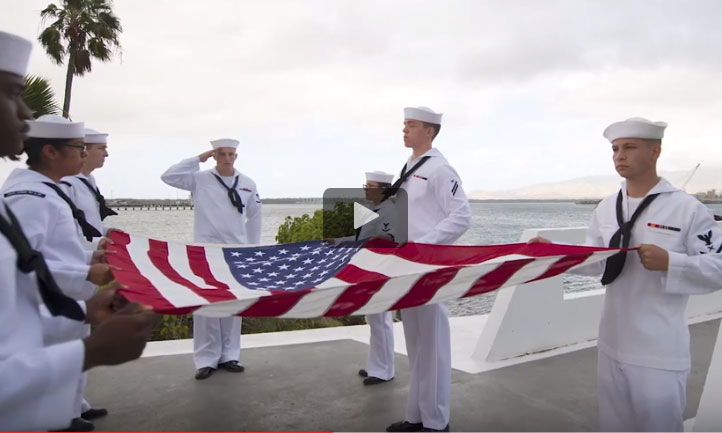