Giving Tuesday - Change Starts With You

TAPS is excited to be a part of #GivingTuesday, and we hope you will think of us and make a contribution November 28.  This global  movement is powered by social media and helps to kickoff the holiday giving season. Join the movement. Help TAPS with a gift of time, donations or your advocacy. 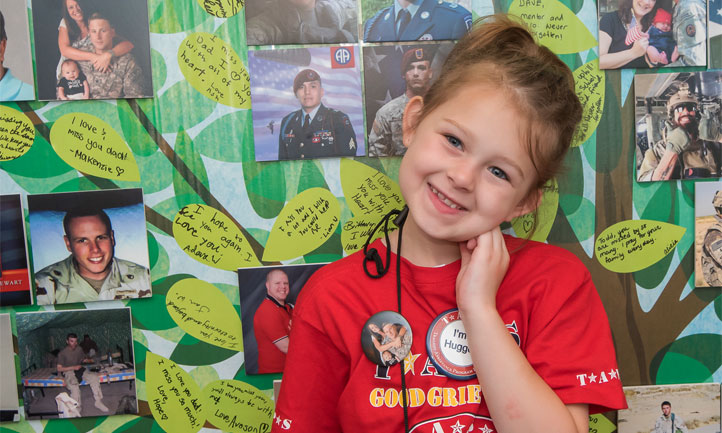 Once again on #GivingTuesday, Facebook and The Bill & Melinda Gates Foundation will be matching up to $2 million of funds raised for U.S. nonprofits through Facebook's charitable giving tools. Donations can be matched up to $50,000 per nonprofit! There is a max of $1,000 per individual supporter fundraiser or donate button and the match only lasts until the $2 million in matching funds runs out.

Now, TAPS asks you to take the #GivingTuesday challenge and to spread the word and support our mission of providing comfort and hope to the families of our nation’s fallen heroes. Join our efforts to maximize the Gates Foundation match and garner support for a cause close to your heart.

TAPS supporters should prepare in advance by setting up their individual Facebook fundraiser before #GivingTuesday so it is ready to share with friends and family.  The match opportunity will begin at 8 a.m. EST sharp on November 28. Share your fundraisers or one of the special TAPS fundraiser links early and often!

Additionally, Facebook is waiving all fees for donations to nonprofits on #GivingTuesday, so all of your donation will go to TAPS. Don't miss out on this incredible fundraising opportunity to double your donation to TAPS!

“The resource kit from TAPS was a godsend. I still use the material daily. I could not have gone through this loss without TAPS.” — Carol K., surviving spouse of George Carson