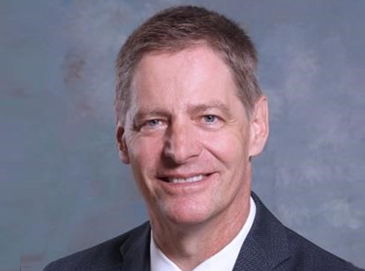 Lewis “Lou” Von Thaer was appointed President and CEO of Battelle, the world’s largest independent research and development organization, effective October 1, 2017. Formed in 1925 as a charitable trust and headquartered in Columbus, Ohio, Battelle delivers technology solutions for the national security, healthcare, energy, and environmental markets. The company has a storied history of innovation and technology advances and is highly regarded for its role in managing seven national laboratories in the United States.

Most recently, Lou served as CEO of DynCorp International, a $2 billion company with 12,000 employees. There he was responsible for driving growth across several federal market sectors including aviation services, intelligence solutions, logistics and contingency operations, and operations and maintenance support.

Von Thaer began his technology career with AT&T Bell Laboratories, serving in a number of engineering and management roles with increasing responsibilities over 14 years, until the purchase of his division by General Dynamics. During his 16 years at General Dynamics, Von Thaer rose to the position of President, Advanced Information Systems and was named a Corporate Officer.

Lou holds a bachelor’s degree in electrical engineering from Kansas State University and a master’s degree in electrical engineering from Rutgers University. He serves as a member of the Defense Science Board and participates on the Board of Directors for the National Intelligence University Foundation and the Tragedy Assistance Program for Survivors (TAPS). TAPS is the national organization that supports the families of America's fallen military heroes. He serves as a trustee at Kansas State University.